For what seems like forever Leo has been reminding me of the release date for the new Peter Rabbit movie – 16th March for anyone who didn’t already know! A fan of the animated series on CBeebies as soon as he saw the trailer for the movie he could talk about nothing else and was desperate to go and see it. I had noticed Rheged, a local heritage centre, were showing the movie alongside a special Peter Rabbit exhibition so decided we would combine the two and make a day of it. We have been to several other exhibitions at Rheged so I knew that we would be in for a treat! 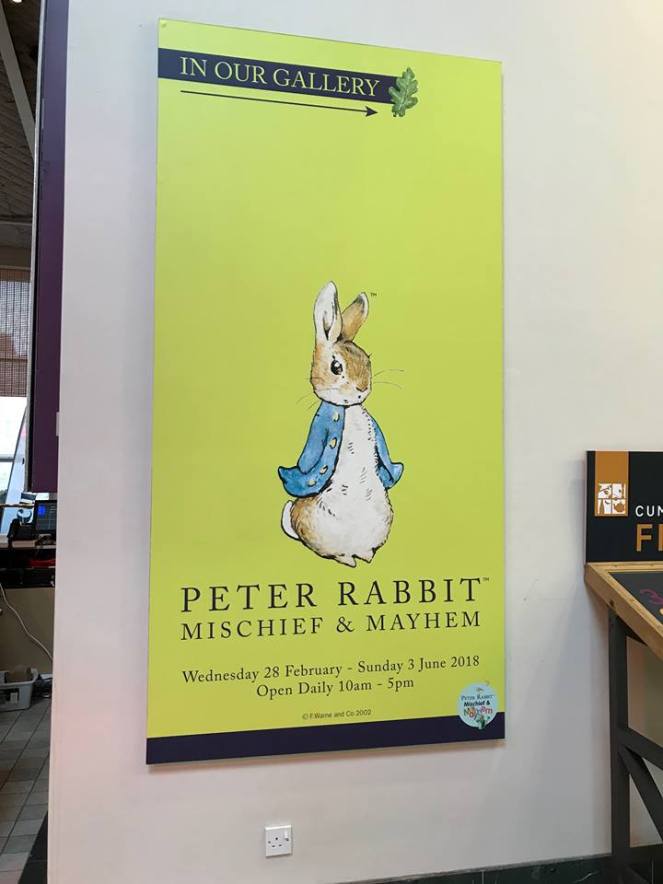 Having arrived early for the film we decided to go to the exhibition first and arrived just as it was opening which was fantastic as it was nice and quiet. The exhibition is divided into four different rooms. As you enter there is a shelf full of cuddly Beatrix Potter characters and sign inviting children to choose a friend to take around the exhibition with them which I thought was very sweet idea, Leo picked squirrel Nutkin! The first area contains loads of Beatrix Potter original artworks, letters and memorabilia including some extremely cute little letters she wrote for the local children. There is also a children’s mock post office area where children can design and cut out their very own miniature letters and pop them in the post box.

The second room, which I have to say was our favourite, is a hands-on area specifically for the kids. It is really well designed with loads of different areas for the kids to explore. Dominating the room is Mr McGregor’s garden which is actually a giant board game! We spent ages rolling the giant foam dice and taking it in turns to see who could collect the most vegetables! Other areas include a quiet reading zone complete with Peter Rabbit books and jigsaws for the kids to enjoy, a gardening area where kids can plant or harvest pretend vegetables, a Lego area to make your own Rabbit model, a dressing up area, a puppet theatre, a pretend shop and a purpose build burrow tunnel to crawl through! I wasn’t actually sure if we would ever get Leo out, but the lure of the movie proved enough. 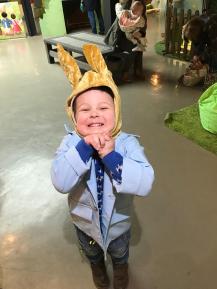 The third room is very similar to the first and contains even more original works including books and drawings and other memorabilia. Finally, there is a snug screening room which has the most amazing giant beanbags scattered on the floor for the kids to recline on whilst watching the animated Peter Rabbit series which was playing on a loop- Leo actually thought this room was the cinema so took a while to convince him otherwise! As you come out of the exhibition there is a wonderful Beatrix Potter themed shop filled with so many wonderful items that I did just want to buy them all!

Around the centre there is currently a Peter Rabbit trail to coincide with the exhibition. It costs 50p for a sheet and once completed and returned to the reception desk the kids can collect a small prize. We really enjoyed following the clues, hop, skipping and jumping, to find the yellow wellies dotted around the centre. It kept us busy for quite a long time!

So onto the film…… As a parent I didn’t really know what to expect and had no real expectations of what the film was going to be like, but I can hand on heart say that I enjoyed every minute. It had me laughing out loud from the very beginning and is brimming with humour for adults and kids alike.

Personally, I find James Corden a little grating and I had worried that his voice would get on my nerves, but he is perfect for the role and really gave Peter Rabbit’s character an up to date feel making him hip and trendy! I loved that parts of it were filmed here in Cumbria and I could point out a few familiar places to the kids along the way too. 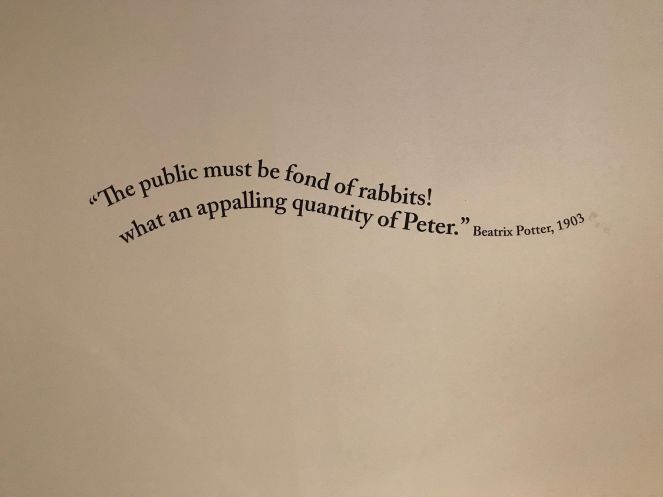 There has been some controversy in the media regarding a scene where the rabbits throw fruit at Mr McGregor which they know he is allergic to, resulting in him having to use his epi-pen. This is a very small scene in the film and I wouldn’t let this discourage you from seeing it. In fact, I found that it was actually a good thing as it lead to a discussion with the kids on the way home about allergies and what epi-pens are used for, in my opinion this can only be a good thing as they now have a better understanding.

Overall this film for me gets a massive 10/10, it’s perfectly pitched to entertain the whole family. It’s a fantastic example of British films at their best and has an amazing soundtrack to accompany it too, what more could you ask for! I would definitely see it again – with or without the kids! – and would highly recommend.

The Peter Rabbit Mischief & Mayhem exhibition is open daily 10-5pm at Rheged until 3rd June 2018 with joint tickets available to see the Peter Rabbit movie too. Visit their website for more details about prices and how to book.

To read more about the Rheged Centre check out our previous post here.