I have never felt older than I did when late last year the girls asked if I could buy them tickets to see Dan and Phil as part of their Christmas present, my first question was “Who the hell are Dan and Phil?”. After a short masterclass from the girls I wasn’t much wiser, to me they just seemed to be two grown men messing about in their bedroom trying to be funny on YouTube. I must add here that I definitely missed the boat in terms of ‘getting’ the whole YouTube thing, I’m a bit old, and that may account for part of my initial impression. Having said that I’m no stranger to YouTube events having attended Hello World with no clue whatsoever! Nevertheless, I found myself waiting in the mammoth online queue on the day of release to get the much sought-after tickets for the upcoming Interactive Introverts World Tour. 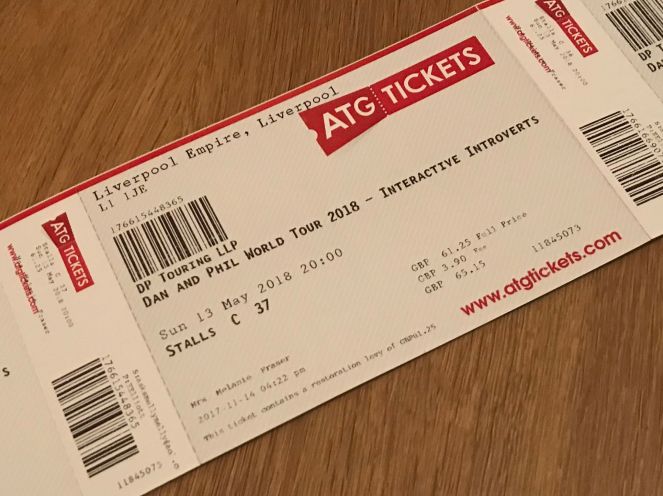 I must admit I had significantly underpinned the popularity of the pair, despite protests from the girls that the VIP tickets they wanted would sell out quickly. Literally minutes after the online booking opened they were gone for the venue we wanted, however my skin was saved by securing standard tickets in the first few rows, Phew! Later the girls informed me that this would be their last tour and cynical me thought it’s no wonder when they are selling out venue’s worldwide over an 8-month period, they will be able to retire in the lap of luxury with the proceeds!

So here we are months later and despite being able to think of a million other things I would rather be doing other than sitting in a room full of excitable, screaming teenagers, we made the journey to Liverpool last week to see the show. So what did I think I here you say…..

Upon arrival at The Empire Theatre in Liverpool we were greeted by a huge line of excited teens (and parents) waiting to go in. Some were sporting cat whiskers and other were wearing strange floral headgear, which upon asking the girls about it I simply received an eye roll so I’m assuming it’s some sort of ‘in’ joke I’m not privy to!

Once inside I was already starting to regret agreeing to come, the warm up music was pumping with hundreds of teenagers singing along and excitedly chattering, I was in fact wishing I was at home with a cuppa –yes, I am getting old!  The crowd went wild and I mean WILD when the ‘ladydoor’ song came on! Now thankfully during my Dan and Phil education I had been shown the lady door video which I actually thought was pretty funny so for the first time I actually felt in the know!

When the music stopped the excitement in the room was palpable, everyone seemed to be holding their breath until the doors opened and the boys arrived in a cloud of smoke accompanied by shrill high-pitched screaming from the audience – there were even a couple of tears shed by some. I had literally turned up knowing nothing about the show and it turns out that a large part of it is dictated by the audience themselves via an online form/questionnaire filled out prior to the show, which I thought was such a clever way to get the audience involved.

During the first half of the show the boys spent a large amount of time being roasted by the audience thanks to the online interactive submissions, a live game of TruthBombs

was my personal favourite. They also handed over decision making to the audience who had to cheer for their choices during a simulation to decide the boy’s fate. I realised at this point that the lads could literally say ANYTHING and the army of teen fans would scream – a new set of ear drums were definitely needed! As the interval loomed the results of the online survey were revealed, cue lots of laughter, with the final question seeing fans having to decide who they would sacrifice, Dan or Phil? 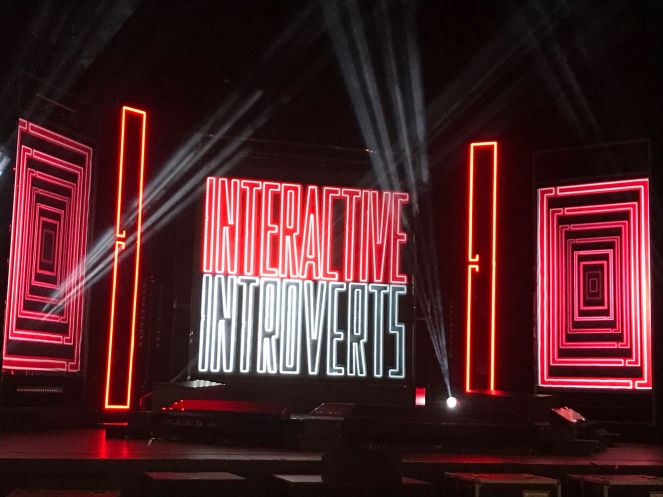 I must admit at this point in the show I wasn’t sure if I had enjoyed it or not, but the second half changed my mind. Arriving pinned to a circular board and donning a white suit and googles it was clear that Phil had been the loser of the survey and to his delight Dan got to fire multiple items at him with hilarious results! There was an ‘awards ceremony’ which had me giggling especially the award for the parent who least wanted to be there! – I was secretly hoping my face wouldn’t appear on the screen as I wouldn’t put it past my two to have sent in my photo!

The finale of the show though which saw the boys sing, rap and play the piano was the icing on the cake and by this point the screaming was at fever pitch. I spent at least two days after the show with Phil’s Diss Track in my head even though I couldn’t remember half the lyrics! 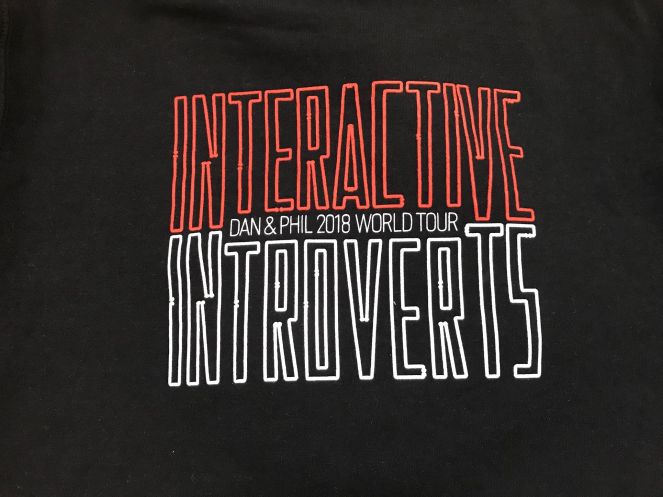 It’s clear to see that Dan and Phil really know and understand their audience as the show was perfectly pitched for maximum enjoyment. During the first half I spent a lot of time thinking how awkward they seemed on stage and wondering what was going on, however I now realise that this is all part of their appeal. The whole show felt like they were offering their fans a real, honest insight into who they are, showing that as introverts they have so much more to offer than sitting behind their computer screens in their bedroom’s. Their quick-witted humour had everyone in the theatre hooked throughout, even making me laugh along! As a final thought I must also admit leaving the show with a ‘tiny’ crush on Phil thanks to the departure of his emo fringe!- not quite as cougarish as I had initially thought when I discovered that he only a few years younger than me!

Have you been to see the Interactive Introverts Tour? Let me know what you thought in the comments below.