Unless you have been living on Mars for the last few weeks I’m sure you are already aware of the global Black Lives Matter protests sparked by the murder of George Floyd by a white policeman in broad daylight. In this day and age movements like Black Lives Matter shouldn’t need to exist, fighting for the freedom, justice and liberation of black people, but sadly the case is George Floyd isn’t an isolated one. Black people across the world – yes it’s not just in America – are subjected to violence and systemic racism daily and have to live in fear which in 2020 is absolutely disgusting.

Like many of you I hold my hands up to say that my knowledge before this was pretty limited, but I have committed myself to continue to learn and educate myself and my children about the black lives matter movement. We need to be the generation that stand up and say it ends now. I’ve spent time over the last few weeks signing and sharing petitions and by clicking this link you too will be able to access an array of sites where you can donate to the cause and sign/share yourself and I hope you will take the time to do so.

As a book lover I decided the best way I could help would be to compile a list of reading recommendations to help promote black authors. I have in the last year been working on reading more diverse titles including LGBTQA+ and black authors amongst others. This list of recommendations includes some that I have already read and enjoyed as well as those I already have on my shelf and those on my wish list to purchase when I have the money. I hope you find something on this list that takes your fancy to help diversify your own bookshelves. 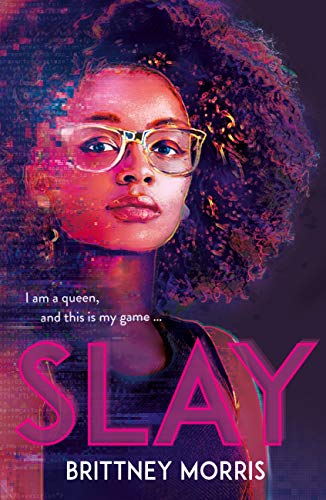 By day, seventeen-year-old Kiera Johnson is a college student, and one of the only black kids at Jefferson Academy. By night, she joins hundreds of thousands of black gamers who duel worldwide in the secret online role-playing card game, SLAY.

No one knows Kiera is the game developer – not even her boyfriend, Malcolm. But when a teen in Kansas City is murdered over a dispute in the SLAY world, the media labels it an exclusionist, racist hub for thugs.

With threats coming from both inside and outside the game, Kiera must fight to save the safe space she’s created. But can she protect SLAY without losing herself?

Get A Life, Chloe Brown by Talia Hibbert

Chloe Brown is a chronically ill computer geek with a goal, a plan and a list. After almost – but not quite – dying, she’s come up with a list of directives to help her ‘Get a Life’:

– Enjoy a drunken night out
– Ride a motorbike
– Go camping
– Have meaningless but thoroughly enjoyable sex
– Travel the world with nothing but hand luggage
– And . . . do something bad

But it’s not easy being bad, even when you’ve written out step-by-step guidelines. What Chloe needs is a teacher, and she knows just the man for the job: Redford ‘Red’ Morgan.

With tattoos and a motorbike, Red is the perfect helper in her mission to rebel, but as they spend more time together, Chloe realises there’s much more to him than his tough exterior implies. Soon she’s left wanting more from him than she ever expected . . . maybe there’s more to life than her list ever imagined?

Serena and Poppy were teenagers when they were branded as the Ice Cream Girls.

When they were accused of murder, one of them was sent to prison while the other was set free.

Now, 20 years later, one of them is doing all she can to clear her name and the other is frantically trying to keep her secrets.

Which Ice Cream Girl is desperate enough to kill to get what she wants?

A Blade So Black by L.L McKinney

The first time the Nightmares came, it nearly cost Alice her life. Now she’s trained to battle monstrous creatures in the dark dream realm known as Wonderland with magic weapons and hardcore fighting skills. Yet even warriors have a curfew.

Life in real-world Atlanta isn’t always so simple, as Alice juggles an overprotective mom, a high-maintenance best friend, and a slipping GPA. Keeping the Nightmares at bay is turning into a full-time job. But when Alice’s handsome and mysterious mentor is poisoned, she has to find the antidote by venturing deeper into Wonderland than she’s ever gone before. And she’ll need to use everything she’s learned in both worlds to keep from losing her head… literally.

Simone is HIV-positive – and positive HIV won’t define her.

She also knows that celibacy is the best way to stay safe.
Enter Miles Austin: intelligent, funny and way too sexy for Simone to resist.

But her classmates don’t know that she’s HIV-positive – and what is the truth worth in the hands of the wrong person?

The Hate You Give by Angie Thomas

Sixteen-year-old Starr lives in two worlds: the poor neighbourhood where she was born and raised and her posh high school in the suburbs. The uneasy balance between them is shattered when Starr is the only witness to the fatal shooting of her unarmed best friend, Khalil, by a police officer. Now what Starr says could destroy her community. It could also get her killed.

Inspired by the Black Lives Matter movement, this is a powerful and gripping YA novel about one girl’s struggle for justice.

Opposite Of Always by Justin A Reynolds

When Jack and Kate meet at a party, he knows he’s falling – hard. Soon she’s meeting his best friends and Kate wins them over as easily as she did Jack.

But then Kate dies. And their story should end there.

Yet Kate’s death sends Jack back to the beginning, the moment they first meet, and Kate’s there again. Healthy, happy, and charming as ever. Jack isn’t sure if he’s losing his mind.

Still, if he has a chance to prevent Kate’s death, he’ll take it. Even if that means believing in time travel. However, Jack will learn that his actions are not without consequences. And when one choice turns deadly for someone else close to him, he has to figure out what he’s willing to do to save the people he loves.

The Poet X by Elizabeth Acevedo

Xiomara has always kept her words to herself. When it comes to standing her ground in her Harlem neighbourhood, she lets her fists and her fierceness do the talking.

But X has secrets – her feelings for a boy in her bio class, and the notebook full of poems that she keeps under her bed. And a slam poetry club that will pull those secrets into the spotlight.

Because in spite of a world that might not want to hear her, Xiomara refuses to stay silent. 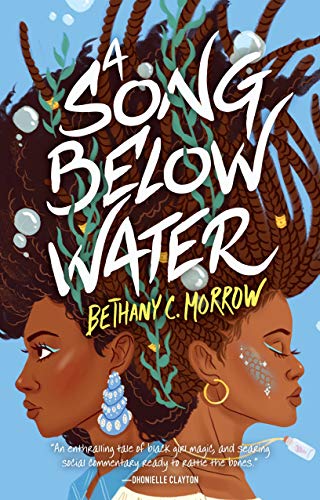 A Song Below Water by Bethany C Morrow

In a society determined to keep her under lock and key, Tavia must hide her siren powers.

Meanwhile, Effie is fighting her own family struggles, pitted against literal demons from her past. Together, these best friends must navigate through the perils of high school’s junior year.

But everything changes in the aftermath of a siren murder trial that rocks the nation, and Tavia accidentally lets out her magical voice at the worst possible moment.

Soon, nothing in Portland, Oregon, seems safe. To save themselves from drowning, it’s only Tavia and Effie’s unbreakable sisterhood that proves to be the strongest magic of all.

Cinderella Is Dead by Kalynn Bayron

It’s 200 years after Cinderella found her prince, but the fairy tale is over. Teen girls are now required to appear at the Annual Ball, where the men of the kingdom select wives based on a girl’s display of finery. If a suitable match is not found, the girls not chosen are never heard from again.

Sixteen-year-old Sophia would much rather marry Erin, her childhood best friend, than parade in front of suitors. At the ball, Sophia makes the desperate decision to flee, and finds herself hiding in Cinderella’s mausoleum. There, she meets Constance, the last known descendant of Cinderella and her step sisters. Together they vow to bring down the king once and for all–and in the process, they learn that there’s more to Cinderella’s story than they ever knew . . .

Clap When You Land by Elizabeth Acevedo

Camino Rios lives for the summers when her father visits her in the Dominican Republic. But this time, on the day when his plane is supposed to land, Camino arrives at the airport to see crowds of crying people…

In New York City, Yahaira Rios is called to the principal’s office, where her mother is waiting to tell her that her father, her hero, has died in a plane crash.

Separated by distance – and Papi’s secrets – the two girls are forced to face a new reality in which their father is dead and their lives are forever altered.

And then, when it seems like they’ve lost everything of their father, they learn of each other

Justyce McAllister is top of his class and set for the Ivy League – but none of that matters to the police officer who just put him in handcuffs. And despite leaving his rough neighbourhood behind, he can’t escape the scorn of his former peers or the ridicule of his new classmates.

Justyce looks to the teachings of Dr. Martin Luther King Jr. for answers. But do they hold up anymore? He starts a journal to Dr. King to find out.

Then comes the dayJustyce goes driving with his best friend, Manny, windows rolled down, music turned up – way up, sparking the fury of a white off-duty police officer beside them. Words fly. Shots are fired. Justyce and Manny are caught in the crosshairs. In the media fallout, it’s Justyce who is under attack.

These are but a handful of books available and I’d love you to leave any recommendations you have below as I’m always on the lookout for new books to add to my TBR. I hope you found something here that captured your imagination and that you will go on to pick up. Don’t forget you can still support black authors by checking books out of your library too!