Back in June I took part in the Blog Tour Searching For Steven, the first book in the Whitsborough Bay series by Jessica Redland. Shortly after Jessica contacted me asking if I would like to read the other two books in the series and I couldn’t agree fast enough. Due to a huge TBR pile it has taken me a while to get round reading them, however today i’d like to share my review of book 2; Getting Over Gary. Massive thanks to Jessica for sending me her novels.

How do you move on when life keeps throwing surprises at you?

Elise married her childhood sweetheart, Gary, straight out of college, and they’ve been happy together for over twelve years. Elise is now desperate to start a family, but Gary doesn’t seem to share her enthusiasm anymore. Arriving home early from a party, she discovers why: Gary’s been keeping a secret from her. A very big secret.

While her own marriage appears to be falling apart, being a supportive bridesmaid for her best friend, Sarah, isn’t easy. Especially not when Clare, her nemesis from day one, is one of the other bridesmaids. If she’s going to get through it, she needs to put her own feelings aside, find herself again, and get over Gary, fast.

Could recently-divorced Daniel be the tonic Elise needs, or is he full of secrets and lies too? Is his hostile, but strangely attractive brother, Michael, the genuine article instead? And why do the good guys like Stevie turn her down? 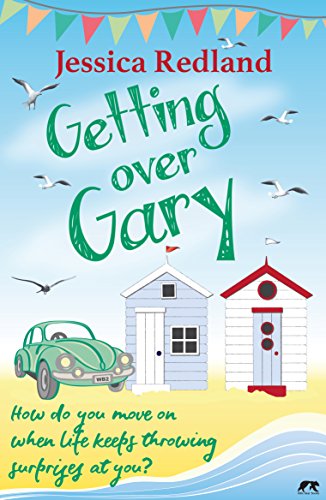 Their relationship hasn’t been smooth sailing of late but when Elsie discovers Gary has been keeping a secret from her it’s the final nail in the coffin. Having been best friends and childhood sweethearts they have spent the whole of their adult life as a couple and being jolted into life as a singleton isn’t an easy transition for Elsie. For a start she has no idea who the ‘real’ Elsie is when no longer one half of a couple. Before she can begin the journey to finding herself though she meets smooth talking Daniel. Like Elsie, he too has had his heart broken, but is jumping into a rebound relationship the right thing to do?

On top of her relationship problems poor Elsie is also trying to juggle her demanding teaching job, bridesmaid duties for best friend Sarah as well as supporting her pregnant sister Jess. It’s all becoming too much for her to cope with and she finds herself pushed even closer to braking point when she is forced to lie to those closest to her. Where will the web of secrets and lies end and will there be a happy ending?

This book had me hooked from the very first page! Having already read the first book in the series I was familiar with the character set up and was extremely excited that Elise was to step forward as the protagonist for this sequel – she was a character I desperately wanted to get to know better!

Despite being part of a series, this book would work equally well as a stand alone novel as there is plenty of detail and information provided in terms of back story. I did however feel by reading Searching for Steven*

first it gave this story a little more depth and enriched my enjoyment somewhat.

Anyway, back to my thoughts on Getting Over Gary! This book is a thoroughly entertaining rollercoaster ride full of emotion. One moment I would be laughing the next reading through eyes blurred with tears, this story really has it all!

I found myself empathising with both Elsie and Gary as they separately worked through the heartache of their marriage breakdown and subsequent divorce, something I hadn’t anticipated at the outset. In fact, I found myself heavily invested in a majority of the characters as they drew me into their lives, testament to how well-written the story is.

Jessica has an a wonderfully easy style of writing that keeps the story flowing and me wanting to read more. I finished the book in a day and can’t wait to devour the next instalment from Whitsborough Bay,Dreaming About Daran*

.  Getting Over Gary is a fantastic chick-lit that had me on the edge of my seat right until the end wondering if Elsie would ever find her ‘Happy Ever After’. A real feel-good read that left me grinning from ear to ear. Highly recommended !

Jessica had never considered writing as a career until a former manager kept telling her that her business reports read more like stories and she should write a book. She loved writing but had no plot ideas. Then something happened to her that prompted the premise for her debut novel, Searching for Steven. She put fingers to keyboard and soon realised she had a trilogy and a novella!

She lives on the stunning North Yorkshire Coast – the inspiration for the settings in her books – with her husband, daughter, cat, Sprocker Spaniel, and an ever-growing collection of collectible teddy bears. Although if the dog has her way, the collection will be reduced to a pile of stuffing and chewed limbs!

Jessica tries to balance her time – usually unsuccessfully – between being an HR tutor and writing.

Getting Over Gary is available to purchase from Amazon*

** I was gifted a copy of his book in return for an honest review. All thoughts and opinions are my own

5 thoughts on “Book Review: Getting Over Gary By Jessica Redland”