Today I’m excited to be taking part in the Blog Tour for the newly released debut novel by Amelia Henley, The Life We Almost Had. Check out my full review of this brand new contemporary offering, plus be sure to visit some of the other amazing blogs taking part. Thank you to HQ Stories for inviting me to take part in this tour.

Anna wasn’t looking for love when Adam swept her off her feet but there was no denying their connection, and she believed they would be together forever.

Years later, cracks have appeared in their relationship. Anna is questioning whether their love can really be eternal when a cruel twist of fate delivers a crushing blow, and Anna and Adam are completely lost to one another. Now, Anna needs Adam more than ever, but the way back to him has life-changing consequences.

Is a second chance at first love really worth the sacrifice? Anna needs to decide and time is running out… 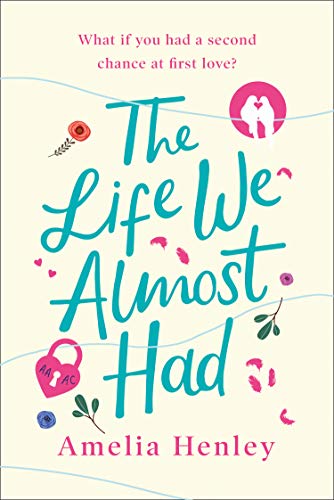 Dumped two weeks before her wedding Anna didn’t foresee spending her honeymoon sharing a bed with best friend Nell and she certainly didn’t plan to fall in love.

Adam had big plans to travel when he and best friend Josh returned from their sun drenched holiday, but fate had other ideas when he met Anna.

Years later though the pair find their relationship at breaking point, a lack of communication and bitter snipes seem to fill the gap where their love used to reside. In a last ditch attempt to reconnect they book a holiday, returning to where they fell in love, but a tragic accident sees the pair embarking on a road they hadn’t even considered when planning their future. There are some life changing decisions to make, but will their love be strong enough to withstand the challenges they face?

The Life We Almost Had left me broken into a million pieces and is one of those books that takes you a while to recover from that bereft feeling; it’s the fist book I have cried reading in quite a while! It’s a beautifully written contemporary romance, but not in the light ‘fluffy’ sense. Instead it’s filled with realistic and relatable characters that traverse a difficult, heartbreaking road dealing with some extremely deep topics along the way.

It’s told from alternating perspectives in relatively short chapters which gave a fast paced feel to the story and meant I was couldn’t put it down. These insights also allowed me to gain a fully rounded view of the couples history, both individually and shared. Although I’m not usually the biggest fan of ‘insta love’ in books, Anna & Adam’s relationship felt real and natural from the start and I was cheering them on at every obstacle they found themselves facing. The writing is really clever in the earlier chapters as situations are described in such a way that the outcome is ambivalent, meaning I often presumed the story was heading in one direction, only to find it completely changed course in the following chapter; I really liked this aspect as it kept me on my toes!

I don’t want to talk too much about the plot for fear of giving spoilers, however it is clear that the author has undertaken a significant amount of research into the medical elements of this novel. Some of these details left me astonished to find that they were actually factual and not fiction as they could be easily perceived to be fantasy.

The finale of this book has a thoroughly unexpected twist and I actually gasped (before crying!), it’s not often a book can surprise me! I adored this book and have already been recommending it to everyone who will listen! It’s certainly one of the best books I have read so far in 2020 and I already know I want to re-read it before the year is out. Highly, highly recommend. It’s a story of eternal love, heartache and tragedy that will have you hooked from the first page to it’s heartwarming conclusion.

Amelia Henley is a hopeless romantic who has a penchant for exploring the intricacies of relationships through writing heartbreaking, high-concept love stories.

Amelia also writes psychological thrillers under her real name, Louise Jensen. As Louise Jensen she has sold over a million copies of her global number one bestsellers. Her stories have been translated into twenty-five languages and optioned for TV as well as featuring on the USA Today and Wall Street Journal bestsellers list. Louise’s books have been nominated for multiple awards.

The Life We Almost Had is the first story she’s written as Amelia Henley and she can’t wait to share it with readers.