Pre-children I dreamt of travelling the world, however nowadays my daydreams consist of me wishing for a few hours alone with the TV remote! With a lazy TV day being about as likely as me finding Harry Potter living in the under stairs cupboard, I started to dream about what I would actually watch if by some miracle I ended up with a few child (and husband) free hours. So I have compiled a list of my ultimate lazy day TV shows to share with you…..

Two and a Half Men

I was somewhat late to the party when it came to watching this show having already missed quite a few series before discovering re-runs on Comedy Central. I was immediately hooked, especially as I have always had a bit of a soft spot for Charlie Sheen ever since watching Hot Shots back in the day! The scripts are so well written, and the chemistry of the cast just makes for the perfect laugh-fest. For me the original series is the best as the episodes made with Ashton Kutcher just didn’t have the same ‘spark’ for me which is a real shame as I really like loads of Ashton’s films. Mr F bought me the boxset including series 1-8 years ago which I watched back-to-back whilst bed bound with slipped discs at the end of my pregnancy, the perfect way to kill endless hours!

Homes Under The Hammer

I’m not sure what the appeal of Homes Under the Hammer is for me, but it’s so addictive. I can’t switch it on to watch for ten minutes or I find myself hooked, unable to switch it off until I have seen the big reveal once the houses have been transformed. It’s such an easy watch I could while away many an hour glued to the screen, it’s the ultimate show to watch when you have nothing to do and nowhere to be.

I’m sure if asked to name a lazy day show this would feature on many lists. I have been a Friends fan from the very beginning religiously tuning in week after week during the 90’s to see what shenanigans the six New Yorkers would get up to. Having seen and loved pretty much every episode it’s a real go to and always gets flicked on if I find myself with a free half hour and I spot it on the TV guide. Even better as it’s now on Netflix it’s literally begging me to have a weekend binge watch – I wish! 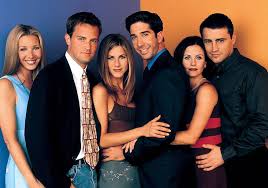 Another 90’s sitcom show that I watched every week back in my youth that I still love. Well-written and extremely funny it makes for an ideal easy watch.  The late John Mahoney who played Frasier’s father really makes this show for me. With his perfectly timed comedic comments delivered in such a dead-pan way making me snort with laughter time after time.

I love a good quiz show and go through phases as to which are my favourite, however The Chase is always at the top of the list. Bradley Walsh is the perfect host bringing plenty of laughs, but for me I think its the ‘panto’ style of banter between the chasers and contestants that really give the show an edge – The Beast is my favourite chaser! Quiz shows also make me feel slightly less guilty for lounging in front of the TV as I often learn new, usually completely pointless, information! 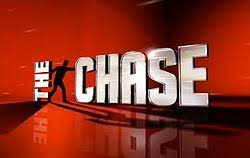 Come Dine With Me

This show is just the perfect mix of cooking and humour with the added bonus of having a snoop around someone’s house! Dave Lamb who narrates this program is just genius providing an hilarious commentary voicing what most viewers are thinking. This is the perfect show for lazy days, especially when each person has their own 30-minute episode as opposed to cramming it all into an hour-long show. One thing I have learnt from watching this show is that when you think you have seen it all you haven’t! 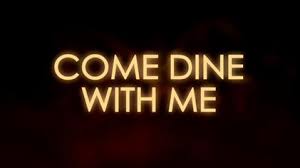 Escape to the Country

I’m sure I should have carved myself a career as an Estate Agent as I love viewing the beautiful homes the buyers are shown around on this show. Actually, it’s probably more accurate to say I sit and drool over them, making a pact with myself that I will buy a Lotto ticket – it never happens but a girl can dream. It does always frustrate me slightly when the buyers don’t like the houses they have been shown though and I’m always hoping for that happy ever after update that they successfully bought one! I would be over the moon watching hours of back-to-back episodes with a few sneaky snacks for company. 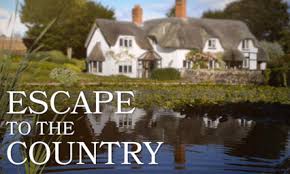 So, these are the shows that I would spend my ultimate dream lazy TV day watching, do you enjoy any of these shows? What would be on your lazy day TV guide? Drop me a comment and share some of your go to shows.