I’m sure you’ll agree how incredibly rare it is for us experience anything other than rain on a British Bank holiday. Therefore, you may ask why I found myself eagerly waiting to spend the afternoon inside the Student Union bar at Newcastle University on one of the hottest days of the year so far? The simple answer is RaverTots! 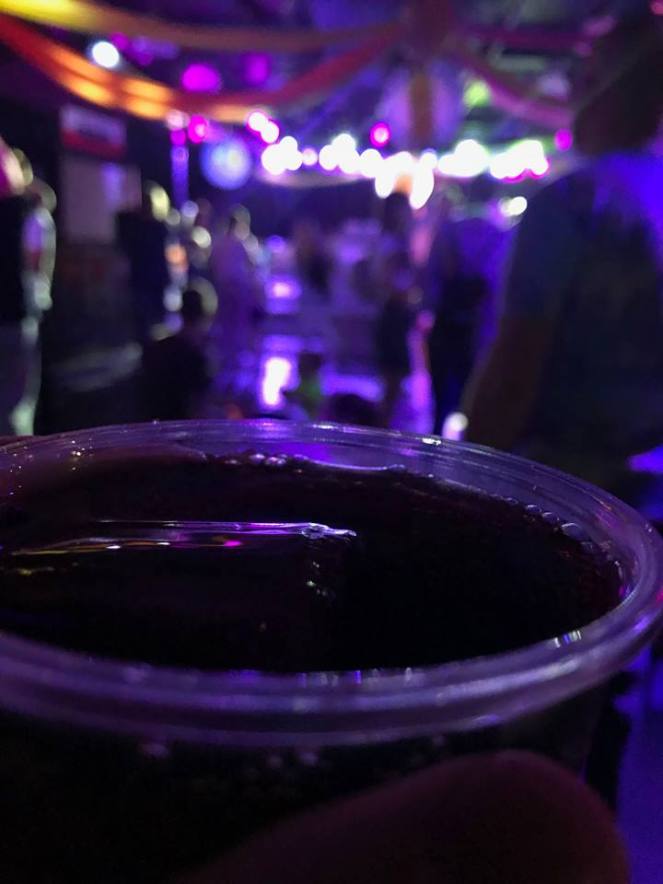 So, what is RaverTots? Founded in 2017 by club promoter Mike Pickets, RaverTots events are designed to bring families together to enjoy an afternoon of music and fun, whilst allowing us grown ups the opportunity to relive some of our long-forgotten youth. RaverTots combines some of the biggest UK “old skool” DJ’s of dance with child friendly activities and venues offering entertainment for the whole family. Founder Mike is a passionate supporter of several charities that assist children with ADHD and Autism and generously donates a percentage of the profits from every RaverTots event. 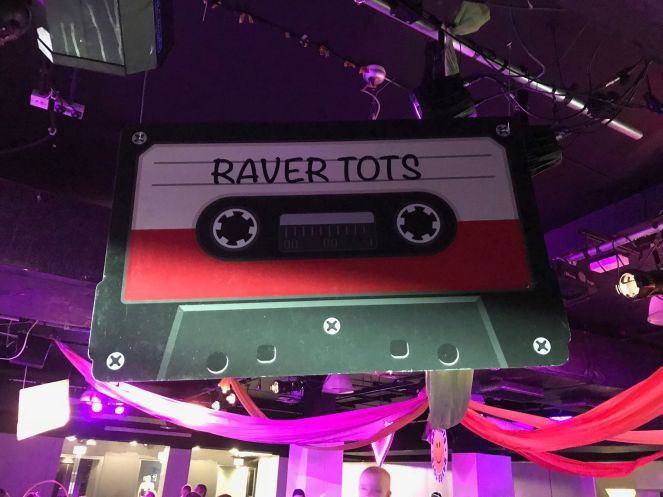 Back to Bank Holiday Monday when along with Mr F and the youngest two kids, I found myself queuing up alongside other families decked out in fluorescent clothing and sporting glow sticks, with even the odd whistle sounding out as we waited excitedly for the bouncers to let us in – we must have been an odd-looking sight to anyone unaware of what awaited us below!

As soon as the doors were open we started to file down into the basement bar and could hear the thud, thud of the music- the excitement in the air was palpable. On the way in we were given extra glow sticks which perfectly enhanced our already rave-ready appearances. We headed towards the music all set for two hours of (sweaty) fun!

Despite being in our late 30’s Mr F and I still haven’t quite excepted that we are no longer eighteen and out clubbing every weekend into the early hours! Nowadays with three kids we are lucky to go out alone more than a couple of times a year and even then, it’s for a quiet meal or a trip to the cinema before heading home for an early night. Hearing this it won’t surprise you when I say that we were stupidly excited to ‘go out’ and do a spot of daytime clubbing with the kids, minus the late night and hangover usually associated! 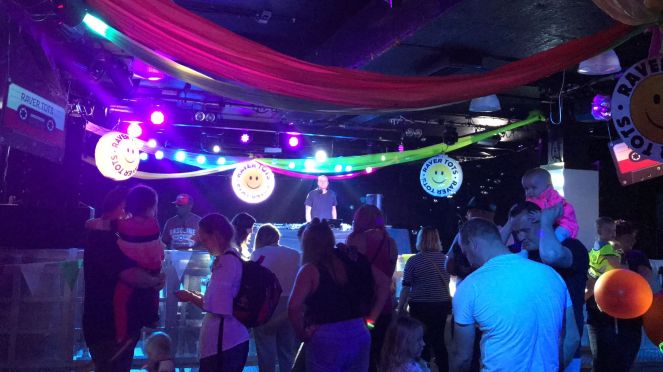 Despite watching the videos online of previous RaverTots events we were still unsure of what to expect and as we were one of the first families into the venue we managed ta get a good look around at what was on offer before it started to fill up. Of course, Leo made an immediate beeline for the bouncy castle, ball pool and soft play area where he spent a large amount of time – the bouncy castle especially was a winner! There was also a table covered in huge RaverTots themed colouring sheets where kids could get their craft on. A stand was also offering RaverTots UV face painting (chargeable) and there were loads of huge, seemingly breakable, balloons dotted around for the kids play with.

Our DJ for the afternoon was none other than DJ Slipmatt who found fame as one half of SL2 back in the 90’s. Their well-known track On A Ragga Tip reached number 2 in 1992 and can only be described as a tunnnnnnne! Just hearing it evokes so many amazing memories for me, a sign of a great song! 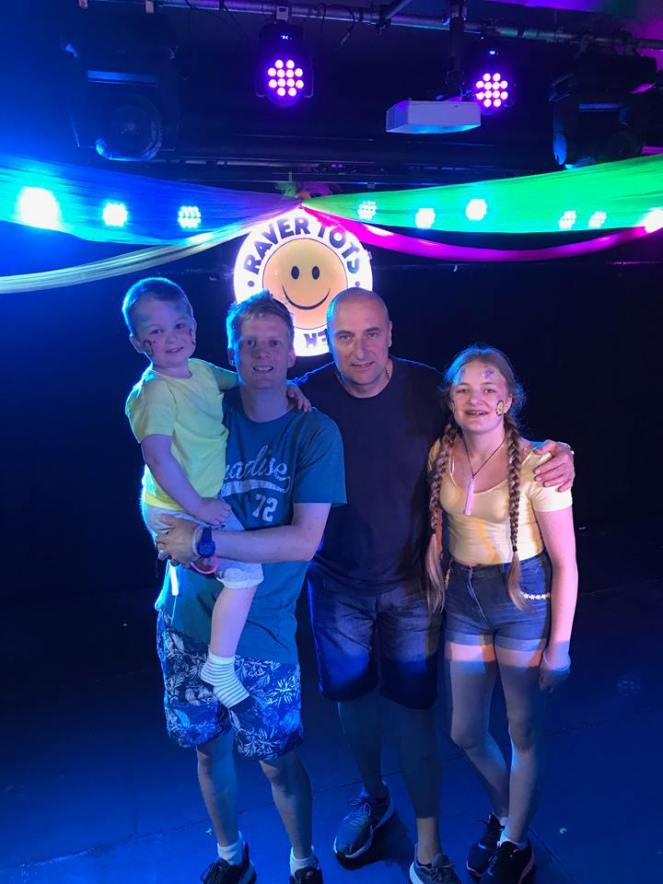 The music was at the perfect level, loud enough to get that ‘club’ feel without being too loud for the kids, something I had worried about beforehand having considered borrowing a friend’s pair of ear defenders. I needn’t have worried, there were children of all ages, even tiny babies, and I didn’t see or hear any complaints about the volume.

The first hour I felt was a bit of a warm up which allowed everyone some time to get a feel for the event, but during the second hour DJ Slipmatt really brought out the big guns, playing back to back rave classics designed to get everyone up on their feet dancing. Leo loved getting his boogie on and the bubble machine and confetti cannons were a massive hit with all the kids who of course loved standing underneath being sprayed!

The two hours went by in a flash and it was over before we knew it! We all headed up the stairs to re-join the real world, almost expecting it to be dark but instead being met by bright sunshine, a reminder that is was only four in the afternoon! Before we left I managed to get a picture of Mr F and the kids with DJ Slipmatt a perfect memento of a fabulous afternoon.

We all thoroughly enjoyed every minute of the RaverTots event, the only way I could find to describe it to a friend was, amazing but a little surreal – in a good way! We all danced, sang and in Leo’s case played the afternoon away and were all ready for an early night to recover. The whole concept of RaverTots is like nothing I have ever come across before it’s truly unique and I would highly recommend all those old skool parents out there to go along with their families and give it a go. Why not educate your kids and introduce them to proper classic tunes in a fun, safe environment whilst letting off some steam together. 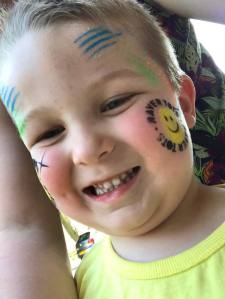 *We were gifted a family ticket in return for an honest review. All thoughts and opinions expressed are our own.